Dig a grave with bare hands 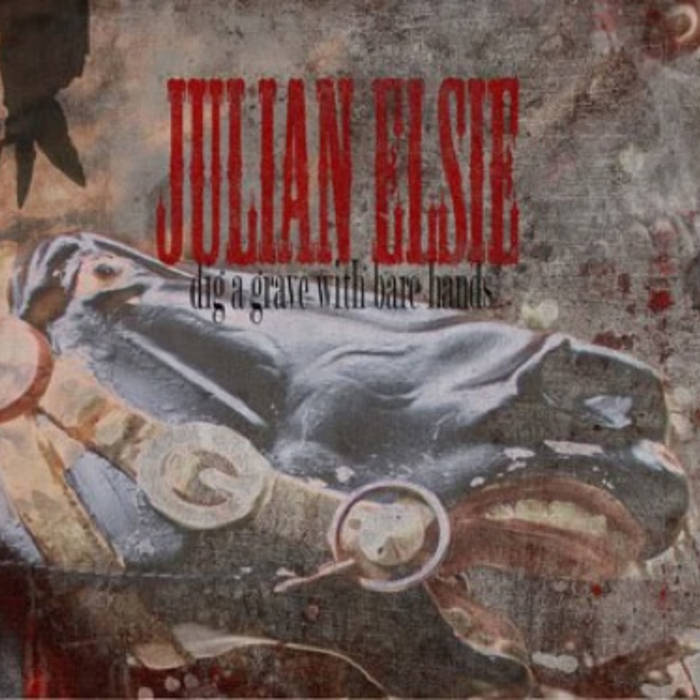 
This is not a promotional sheet, but rather a prologue to the album. For this reason, the same as with the prologue to a book, it’s not necessary to have read the text before hearing this album by Julian Elsie. In fact, it’s not necessary to read it at all as, at the end of the day, it’s just a personal impression. I write this because I admire Julian Elsie as a musician, and my two objectives are, on the one hand to express that admiration and, on the other, to provide a kind of explanatory sketch of what I hear when I contemplate “Dig a Grave with Bare Hands”.

I don’t remember who said that in art, what is even more important than originality, style, or even having something to say is to possess a “point of view” which is immediately identifiable with its creator. This, definitively, is what makes the work of an author or performer special. Julian Elsie has that “point of view”. When it comes to finding references, if I had to explain what “Dig a Grave with Bare Hands” sounds like, I’d say that the voice and phrasing remind me as much of Lou Reed as of Jaques Brel; that these songs drink from the well of Leonard Cohen, Burt Bacharach, the Spaghetti Western and Hi-Country; and to explain the arrangements – acoustic and slide guitar always present, a sober rhythmic base and those brushstrokes of piano, banjo and lap-steel – I would speak of well-assimilated American sounds, of a more laid-back 16 Horsepower, of a more French-sounding Giant Sand, and of Neil Young, Tom Waits or the late Cash.

Julian Elsie sounds like all of this, but he is original in his own way. He has plenty of style with an elegant, sincere and solid lyrical twist (not in vain he admits he writes the lyrics before composing the music for his songs). Anyway, to retrace my steps, what really commands my attention more than his influences, his sound, his voice or his lyrics is that Julian belongs to that rare breed of artists with such a marked personality that, more than anything, they ultimately remind us of no one but themselves. Julian has a point of view.

Now you have read this, please, listen to the album more than twice. Listen with respect and attention. If after listening you don’t agree with my words, it doesn’t matter: everyone can make a mistake.
(Santi Campos)

All songs written by Julien Elsie.

Recorded during 2007/2008 at Julien Elsie's home studio, (except vocals, some guitars, lap-steels, keys and percussions, at Elsonado Studios).

Mixed and mastered by Jacobo Aguirre at Elsonado Studios.

I would like to thank to all the people who gave me love, support, highballs and inspiration.

"In lovin' memory of my grandfather, Gongo"

Bandcamp Daily  your guide to the world of Bandcamp

Featuring Gary Bartz, 5 years of Rhythm Section Intl and an LP of the week by Nicolas Jaar